Shopping Cart
Your Cart is Empty
Quantity:
Subtotal
Taxes
Shipping
Total
There was an error with PayPalClick here to try again

Thank you for your business!You should be receiving an order confirmation from Paypal shortly.Exit Shopping Cart

Some of the Racers

Mark Pettit was born and raised in the Las Vegas, NV ? area but not only that he was born into the sport we all know and love as desert racing. ?

As a young boy ??he remembers going out to the races with his parents to help with checkpoints. Although he may not have been able to do much with how young he was, he loved being in that environment and watching the vehicles drive by.

At the young age of 6, his dad began racing in the sportsman truck class. A few years later his mom would co-drive in the truck with his dad. This went on for about 8 years. Mark was always in the pits supporting them as they raced but He knew racing was in the blood and he would always be involved in the off-road community. ?

As a little kid watching his dad race, Mark always wanted to be like him. In the beginning of 2013, he finally got a shot at co-driving in a class 5 Unlimited car and a spec 6100 Trophy Truck. With the help and support from his family he won multiple races and championships just like his parents did. ? Around this same time he felt inspired to combine his passion of art and racing. He has always loved to draw ? as it runs in his family and most of his life you could catch him drawing his favorite

That little inspiration was the spark ? that started it all and Marks In The Dirt, LLC was born. Over the years he has been given great opportunities which have helped grow his business. He has since turned this into a full time career and spends most of his time creating awesome one of a kind off-road artwork for others to enjoy. To this day he has drawn well over 600 pictures and just recently started doing digital artwork. Don?t worry though, one day he will be back out on the course racing again! ?

My Dad at the 1999 SNORE Midnight Specail 1st overall and 1st in class. 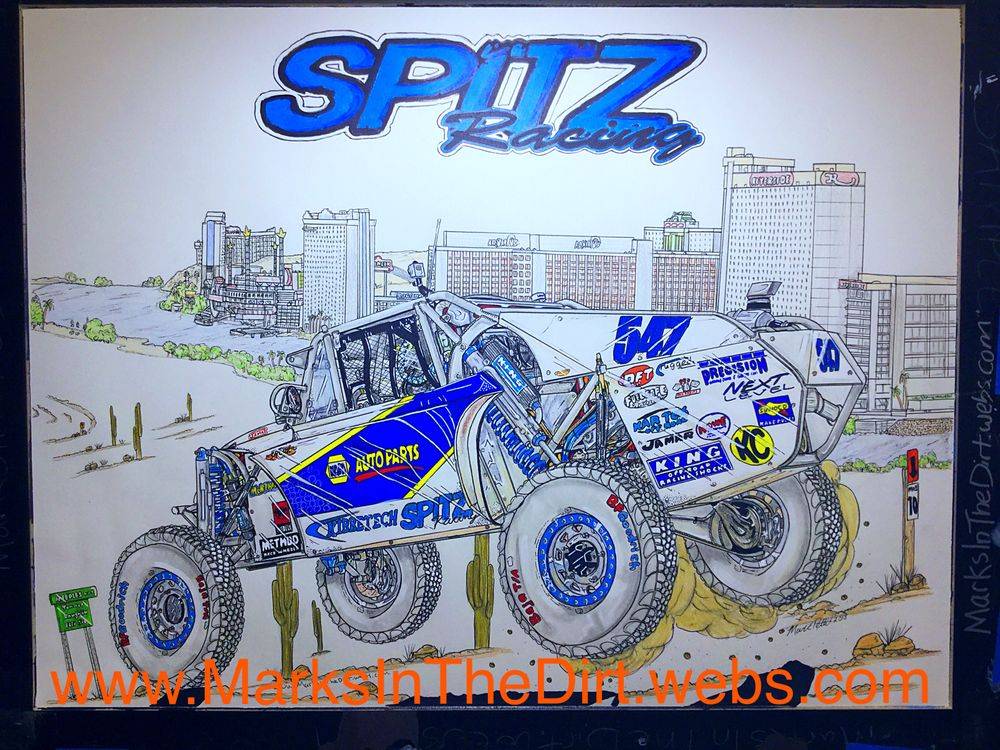 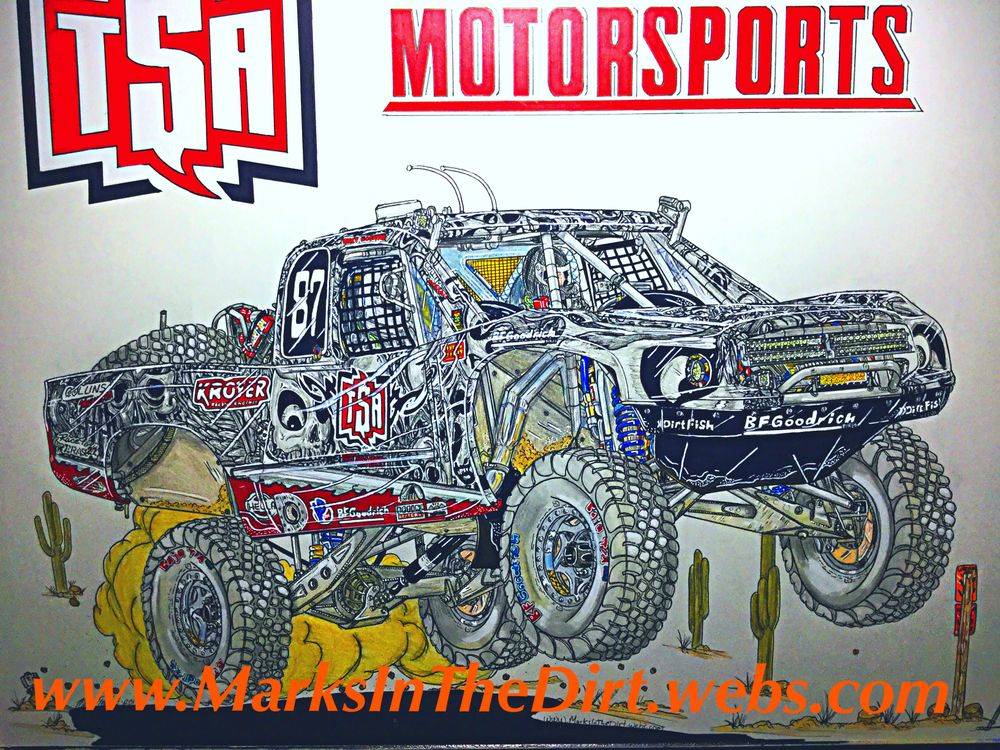 Marks In The Dirt Time